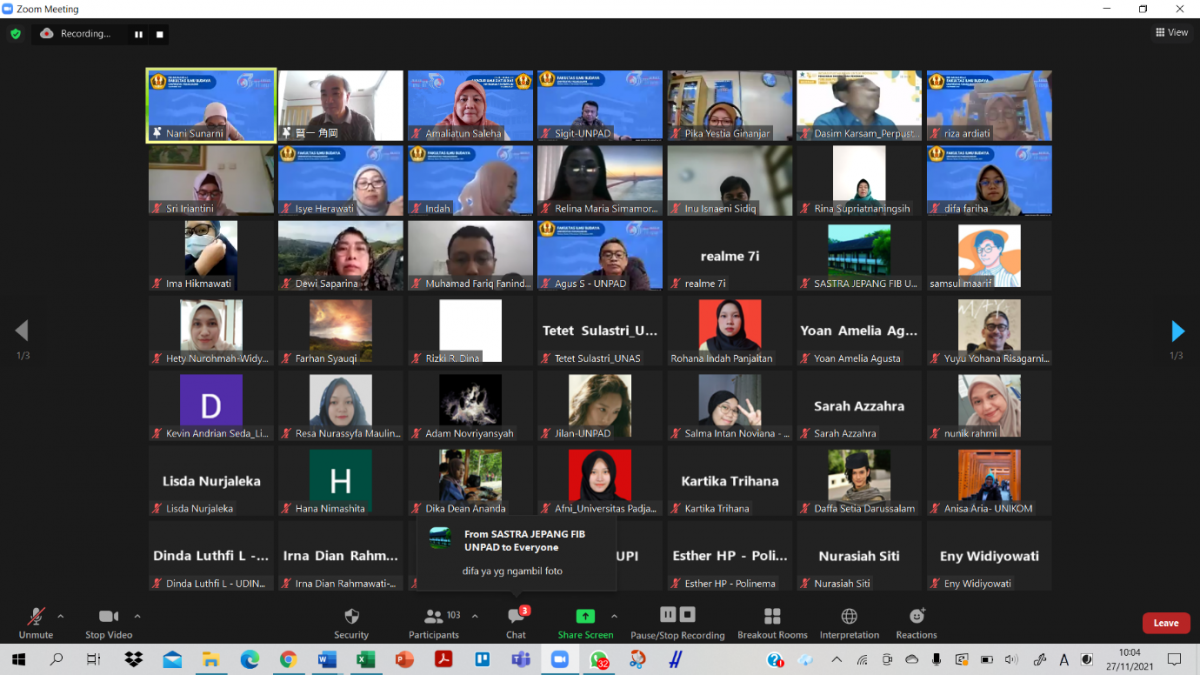 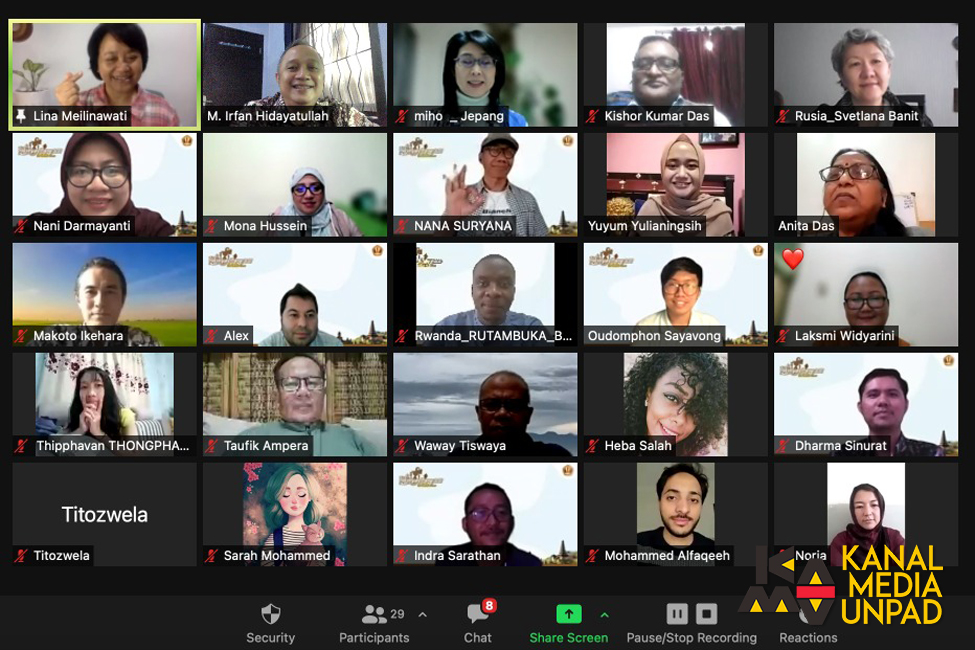 On Saturday, November 27, the Japanese Study Program held the third series of general lectures, featuring Prof. Kadooka Ken’ichi from Ryukoku University. The lecture was attended by more than 100 members of the academia of the Faculty of Cultural Sciences. This series is part of the 63rd Anniversary of the faculty and part of Unpad’s effort to become a world class university.

On this occasion, Prof. Kadooka discussed speech acts of arrogance (sondaigo) and impudence (hibago), as integral parts of “taiguu hyougen”, a set of speech acts for interacting with other people. So far, students and researchers of the Japanese language focus more on the politeness speech acts called “keigo”, while “sondaigo” and “hibago” are not very well known even among researchers.

Prof. Kadooka includes the acts of arrogance and impudence within one spectrum of politeness speech acts. By using data from the rakugo oral tradition, he explains the distribution of words in the spectrum from politeness to impudence. One interesting point of this description is the numerous pronouns within the spectrum used by men, women, and even the noble community.

Dr. Pika Yestia Ginanjar further commented on Prof. Kadooka’s explanation that students of the Japanese language generally have heard of impudence speech acts from animes or other Japanese media, but they usually hardly know that the speech acts are part of “taiguu hyougen”.

During the Q&A session, several participants asked questions about politeness speech acts, including the importance of students of Japanese to be able to practice politeness in Japanese, considering its difficulty, even for Japanese people. Prof. Kadooka responded by saying that politeness needs to be considered as a personal learning purpose depending on how far they would like to master the language.

Translated from a report by Samsul Maarif